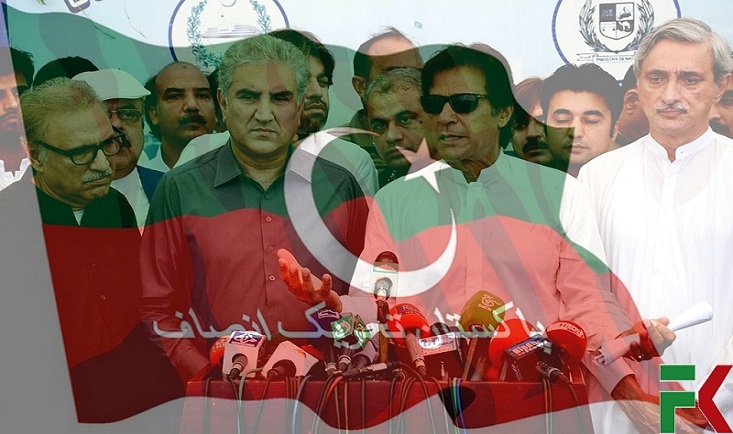 ISLAMABAD: The Election Commission of Pakistan rejected the reference case filed against PTI Chairman Imran Khan and Secretary General Jehangir Tareen Thursday.
“The reference isn’t worthy of being heard,” noted the Chief Election Commissioner in a brief verdict.
In an earlier hearing, the Election Commission had decided to announce the verdict on March 16 (today).
The case was heard by a five-member bench led by Chief Election Commissioner Sardar Raza. In response to ECP’s verdict, member National Assembly of Pakistan Muslim League Nawaz (PML-N) Daniyal Aziz said: “PTI was able to escape from the case on technical grounds.” Referring to the PTI chief as “somersault Khan” and “allegation Khan,” Aziz said that PTI was unable to face ECP’s foreign funding inquiry because the party is guilty of wrongdoing.

Pakistan Tehreek-e-Insaf chairman Imran submitted his reply in the Election Commission of Pakistan (ECP) on December 5, 2016 over a disqualification reference filed against him. In 2002 it was agreed that the Bani Gala house will be sold for a sum of Rs 43.5 million, Imran Khan said in his reply.
It was decided that the house would be bought on instalments. In the first instalment, Rs 6.5 million were paid. Rest of the money was to be paid after selling the London flat, Imran Khan said in the reply. He added that there was a risk of annulment of the contract upon a delay in the payment. Therefore, the amount was paid by Imran Khan’s first wife Jemima Khan, he said.
The reply stated that his ex-wife Jemimah Goldsmith transferred the money to Pakistan through legal channels; therefore allegations of tax evasions are baseless. Imran Khan in his reply said that allegations that he had not declared his offshore company are also baseless. He said that his company Niazi Services Limited had only one asset, the London flat, which was sold in 2003. The offshore company is only limited to papers.