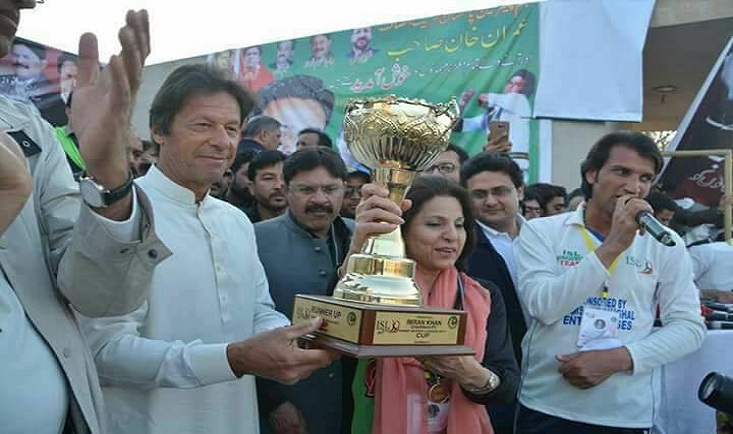 ISLAMABAD: Pakistan Tehreek-e-Insaf chairman Imran Khan on Friday said that next Pakistan Super League (PSL) would be staged during the tenure of PTI’s government, adding that the entire tournament would be staged in Pakistan, not just the final.
A video of Imran Khan’s press conference had gone viral over social media, showing him criticising the foreign players who had arrived in Lahore to play the PSL Final.
The PSL final was held under tight security earlier this month and drew Pakistan together in a rare show of unity. Even leaders from parties opposing the government like Jamat-e-Islami chief Siraj-ul-Haq and Awami Muslim League chief Sheikh Rasheed attended the final. The final was won by Peshawar Zalmi, which was captained by West Indian cricketer Darren Sammy.